I love a white and black dog. They are affectionately known as cow dogs.

This is Mickey, my most beautiful cow dog.

And believe me, he knows it.

He enjoys a safe stroll in his own backyard.

He likes to graze in the backyard.

But mostly, he likes to stand there and just look pretty.

Today day was one of those perfect days. With the exception of a quick field trip, it was a day with the doggies.

Their second run of the morning was leisurely and I kept my camera in hand.

She spent some time grazing with the boys.

And after a while, she wandered off on her own.

Just watching the world float by.

And the happy dance begins.

I went out this afternoon to pick a few cherries off of the tree, they are perfect right now.

I didn’t expect to find Mickey following me, and helping himself.

He seemed to enjoy himself tremendously.

Karen had to show Moose what the fuss was all about.

Moose was pretty sure this was the next best thing to a raw, meaty bone.

He searched all of the lower branches looking for cherries.

They both found the same cherry.

And all was fair in love and war and picking cherries.

Yep, when we got up this morning, this is what we saw.

Must have been an all nighter for the rain.

Everybody looked out in the yard longingly, wanting so desperately to go out and play.

For the most part though, they all stayed close to the patio.

Those that were brave enough, complained about the mud squishing between their toes.

And then, almost magically, the skies parted. We didn’t really see the sun, but we saw blue skies.

Needing a break from the computer we took Crystal for a short drive up to McKay Falls.

I’m sure the water is running high from all of the rain, but it was beautiful none the less.

A quick disclaimer. First rule of photography, check your camera settings. Second rule, check your settings. I failed miserably this afternoon, but watching Mickey and Cinderella was too much fun not to pass on. 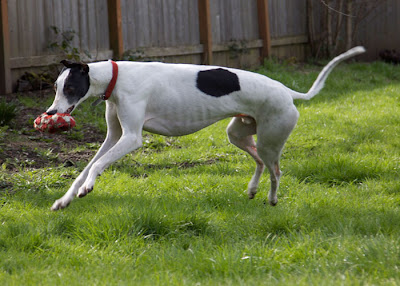 Mickey found a toy and kicked his heals in the air, he was ready to rock ‘n’ roll. 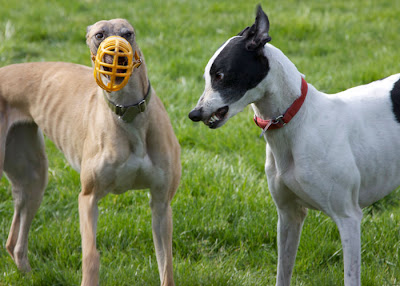 A challenge immediately went out to Cinderella. “Oh ya little girl, you want the toy? You’ll have to catch me first!” 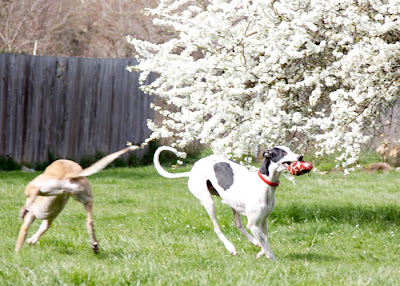 Mickey grabbed the toy and the race was on. 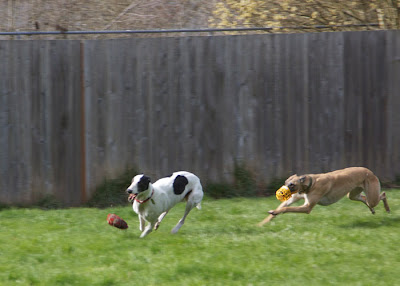 They raced around the yard, and for the most part, Mickey held onto his treasure. 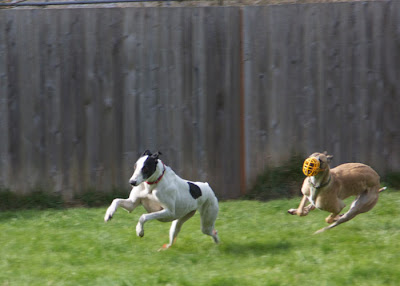 They both raced like the wind, it was the most beautiful sight to watch them give chase, although I still held my breath. 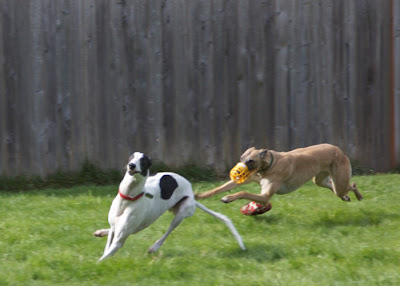 Cinderella was airborne as she tried to catch up with Mickey, but he managed to pull out ahead. 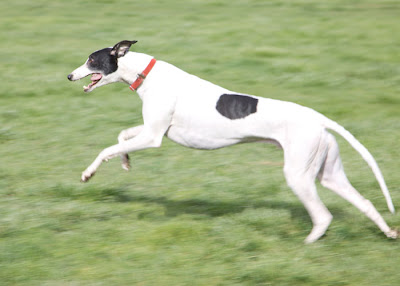 He ran like I have never seen him run before. 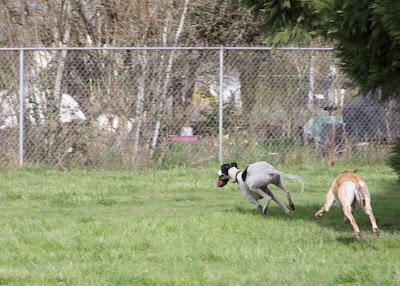 He found his treasured toy and they were off again. 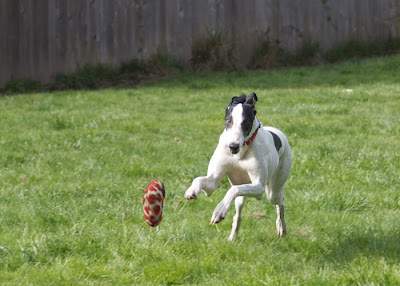 It must have been a bit of a challenge to run with a toy in his mouth because he dropped it a couple of times. 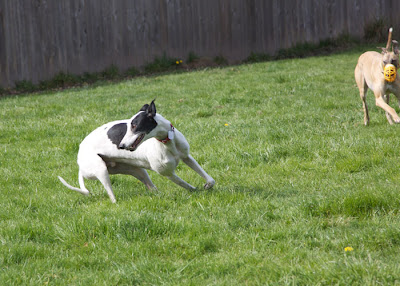 But more often than not, he turned on a dime to pick it up.
Many apologies for not having better pictures of the houndie dogs lately, I’ve been chasing an almost unmanageable schedule as of late, but I’ll try to do a better job of updating the doggies.
And just for enduring some not so great pics, here was last nights sunset. 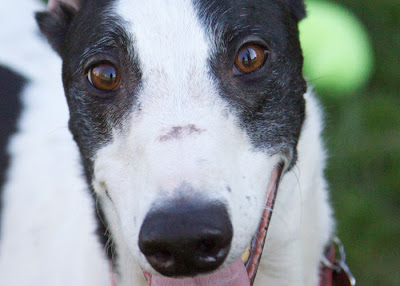 All and eyes and ears here please! 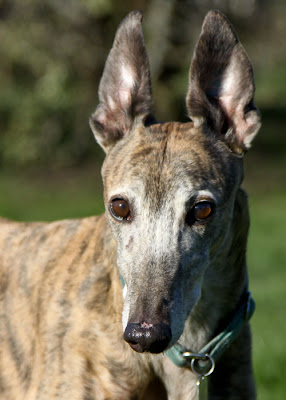 Spring is in the air. Woo Hoo! Plum tree is in full bloom and buds are popping out everywhere. 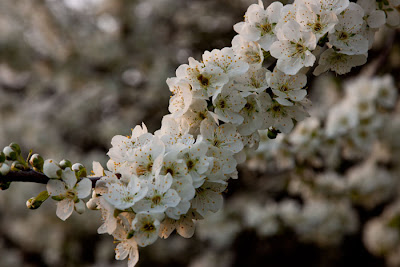 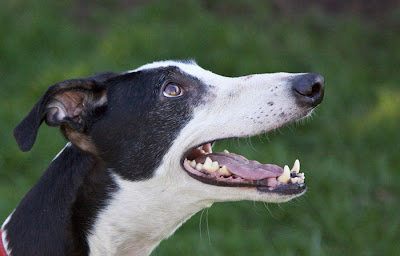 The sun has been extraordinarily bright this week-end and the doggies knew it. Mickey watched with anticipation waiting for his toy to be thrown. 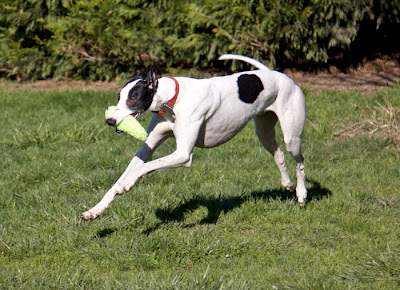 So happy to have the long green grass tickling his toes, he ran this way and that way. 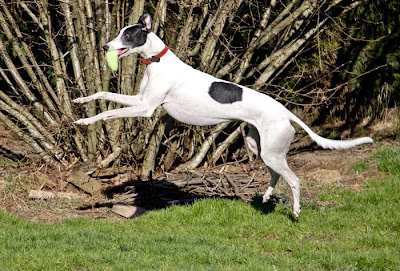 And jumped into the air until… 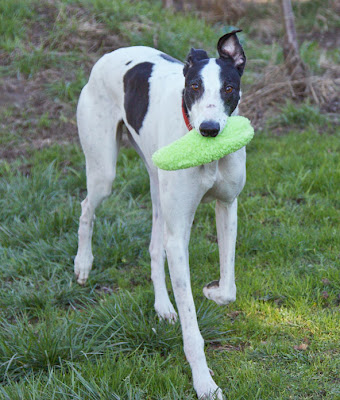 He started to slow down. He wasn’t quite as interested in playing after awhile. 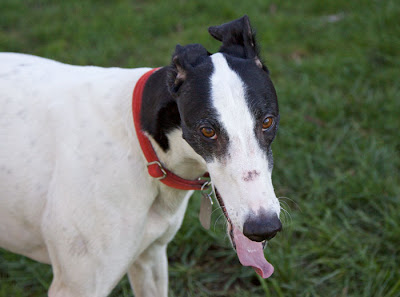 And then he was begging to go lay down on his nice soft cushion. 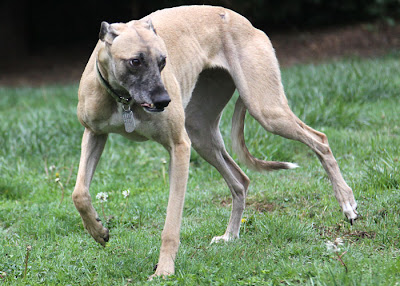 It’s that time of year, when you have to move about cautiously. 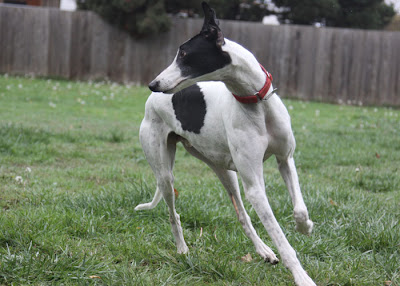 Watch over your shoulder… 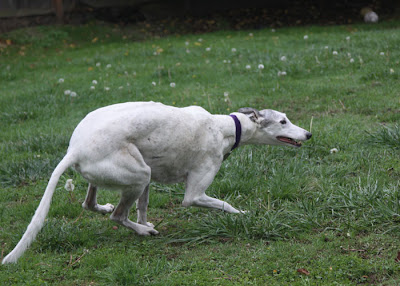 and stay low to the ground. 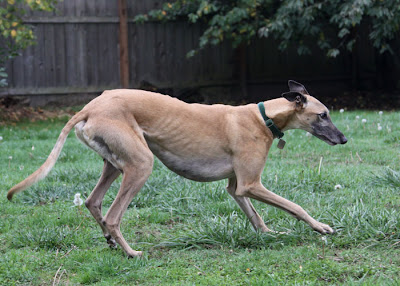 Move forward ever so slowly… 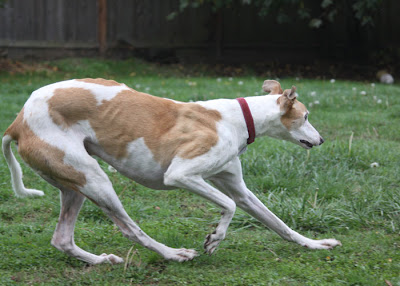 Ready to run away on a moments notice. 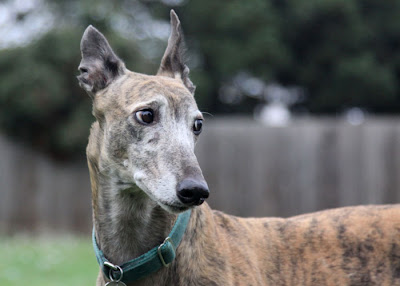 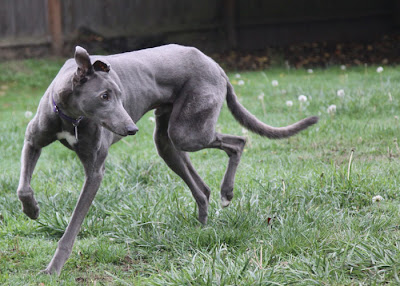 And be fully aware of what lies ahead…