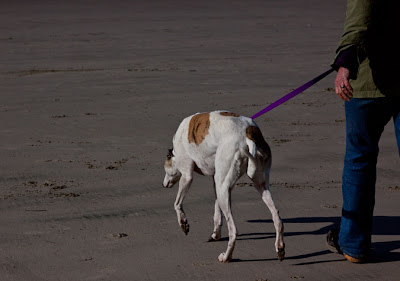 Ready for the beach, Flo led the way. 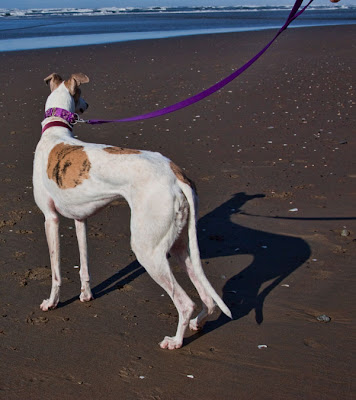 She enjoyed the new sights and sounds. Seagulls, dogs off leash and the surf. 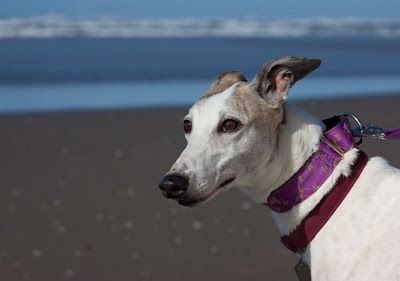 She was completely curious, but never afraid. 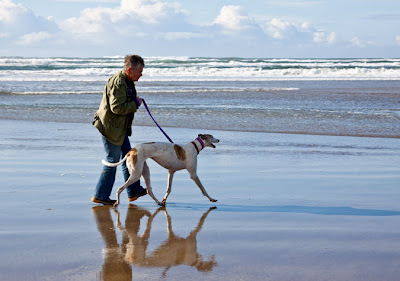 She was quite pleased with herself as she strolled in the cool wet sand. 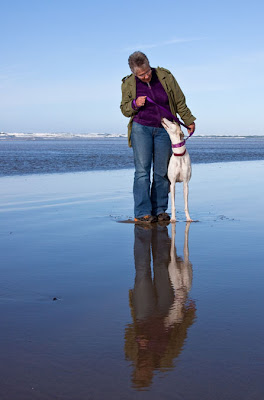 Flo had a grand time on the beach and slept the entire way home.

Next stop on our Saturday Getaway, Strawberry Hill, just south of Waldport. 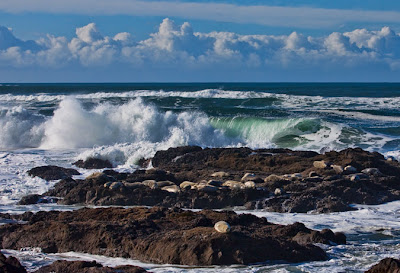 The tide was low and the seals were sunning on the rocks. Somewhere in between the coast and the bridge, the fog lifted and it became a beautiful day. 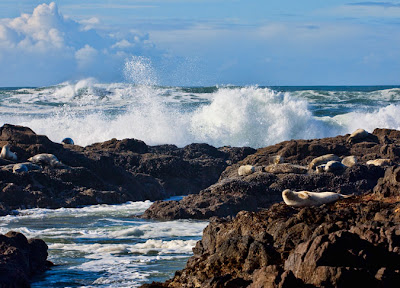 The waves crashed against the rocks and the seals seemed to take it all in stride. 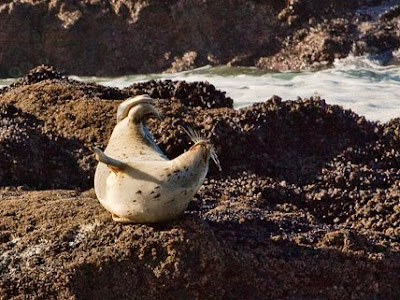 And when it was time to go, this little gave us a high five and wished us a safe journey. 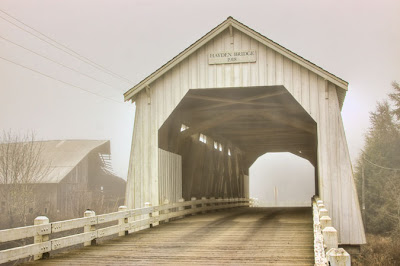 When we left Salem, the sun was shining, about 50 miles later, the fog had settled in. We took a turn onto a road that we had never traveled before and finding a new covered bridge was a complete surprise. 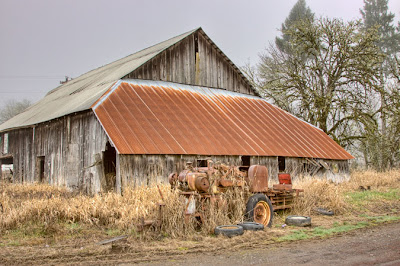 Barns lined each side of the bridge. The larger of the two had definitely seen better days. 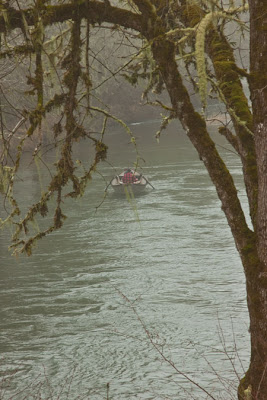 For miles, the Alsea River was lined with empty boat trailers. Rumor on the river, they were fishin’ for steelhead. 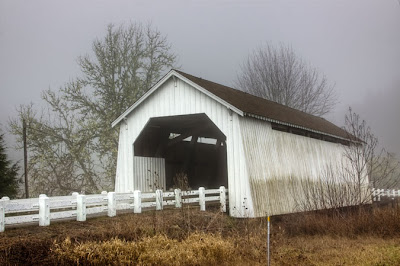 Built in 1918, the Hayden Bridge is one of the older covered bridges in Oregon. Spanning 91′ it is the last remaining covered bridge spanning the Alsea River. 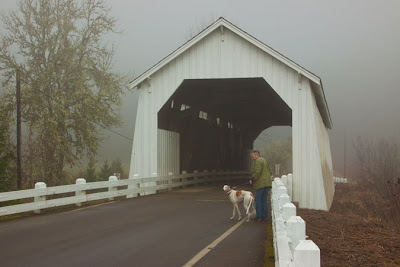 Flo wandered around for awhile, but like all of the other greyhounds, quickly grew bored with the covered bridge scene. 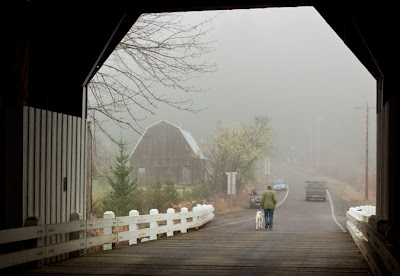 Ready to hit the beach, she walked down the road to car. 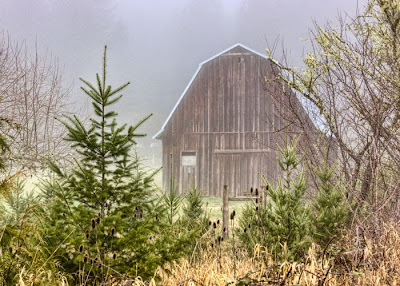 This was the last thing we saw before we left Hayden Bridge. 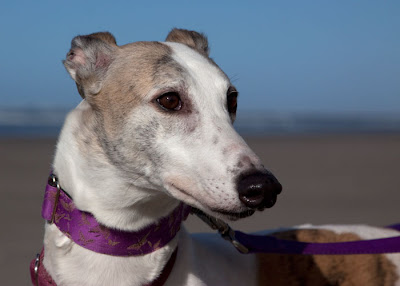 Flo took her maiden voyage to the beach. Stay tuned, details to follow. 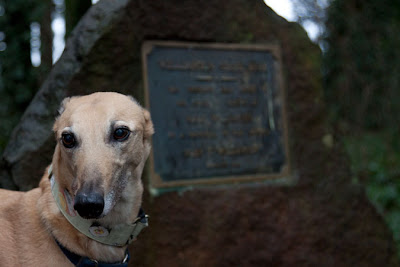 Buddy drew the short straw, or rather he looked the cutest going back and forth to door, looking back so hopeful. 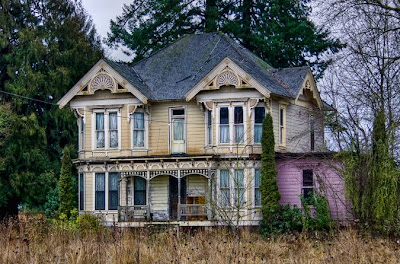 First stop was a fabulous home just outside of Dayton. Such a grand home, it is sad to see it in such dis-repair. I’d love to know when the house was built. 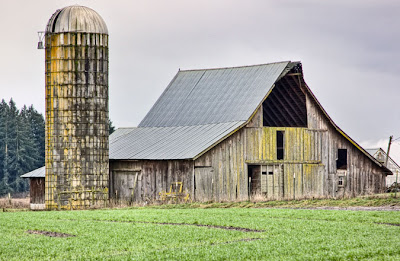 Oregon celebrates it’s century farms, if this one isn’t a century farm, it has got to be close. 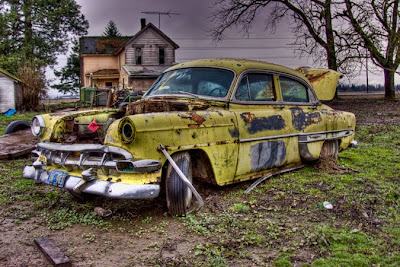 And next to last stop, my favorite, Fields of Rust. This old ’54 Bel Air actually had a toe tag. 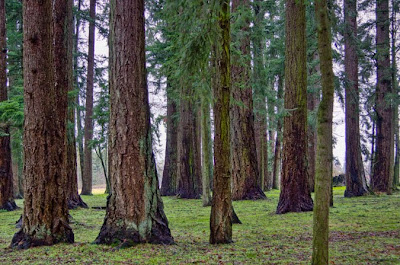 An old house, an old farm and an old car, two cups of coffee and a coke meant that we would be stopping at Maude Williamson State Recreation Area, an old forest. 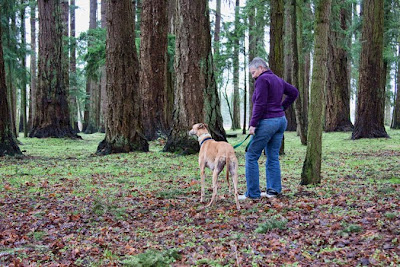 Poor Bud, so many trees, so little pee. 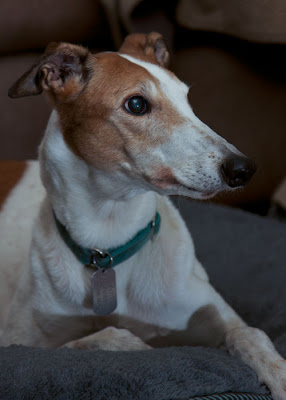 Roxy had the honor of going on the first Greyt Getaway of 2010. We had to get about 20 miles out of town before the fog finally lifted. 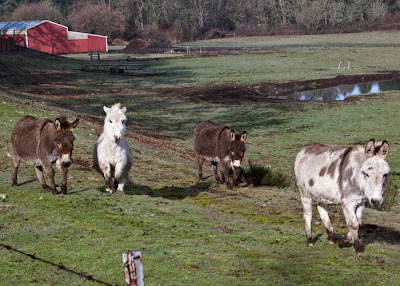 We traveled along a country road between Mills and Lyons when we reached a field of about a dozen donkeys. 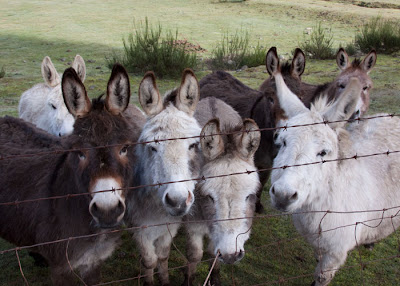 Fortunately, they were neither camera shy nor afraid of me, they trotted right over to the fence to see who the nut behind the camera was. 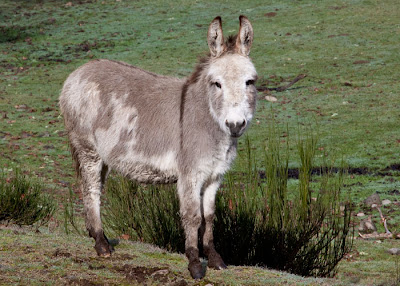 A couple of them must have recognized the camera and actually modeled for me. 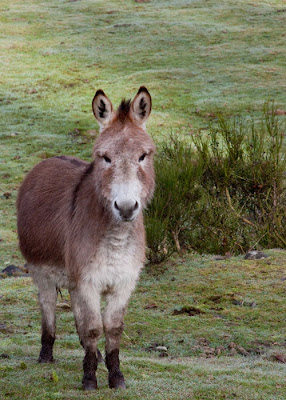 They were absolutely adorable and shaggy. 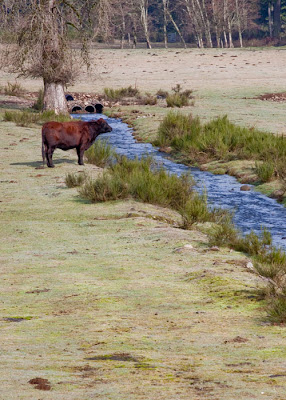 In the next field a bull patiently watched his ladies on the other side of the creek. 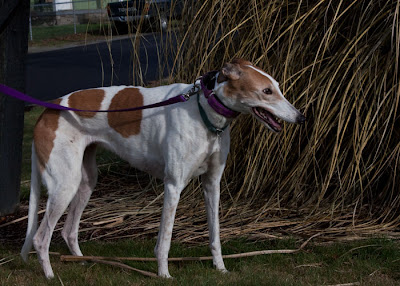 We made a quick pit stop in Mills before getting back into the car and heading for home. 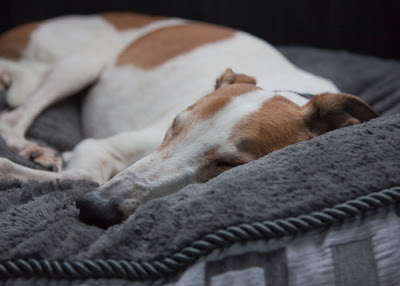 As we got closer to Salem the sun disappeared behind the dense fog, and for Roxy it was best just to sleep the rest of the way home.