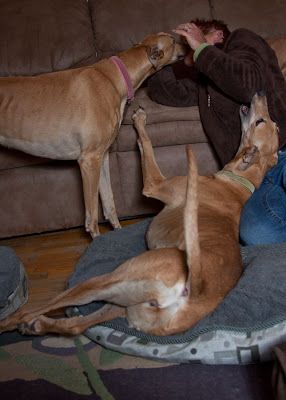 Jillian has reached her full comfort potential now. She’s claimed open season on anything not bolted down. 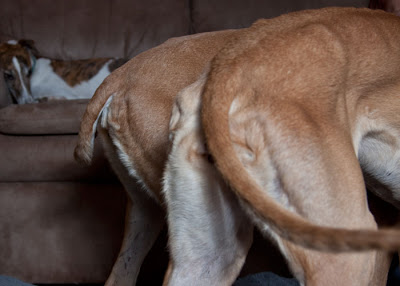 Judging by the tail action, I think they have both settled in quite nicely. 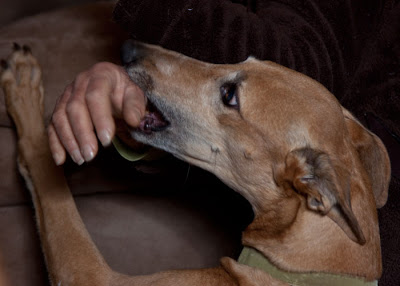 Jillian is without a doubt the party girl. She’s the one that will be sneaking out of the house after dark, coming home after curfew, and hiding all of the other dogs toys. I can tell. 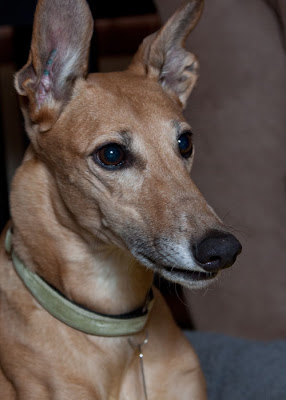 And she has the look, the look of mischief. 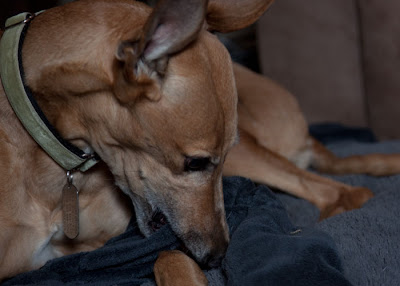 During a hot flash attack I had taken off my hoodie. It instantly became a toy. 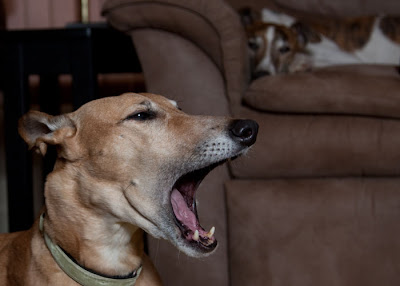 When I questioned Miss Jillibean about said actions, she yawned oh so innocently. 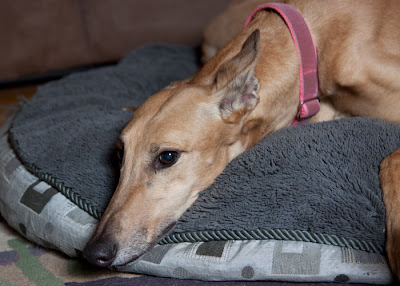