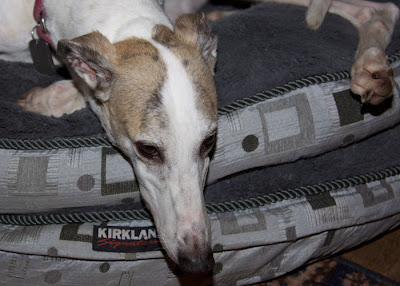 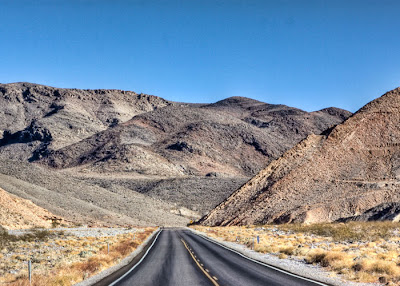 Well Flo, as a matter of fact, the roads were sometimes long, but every curve we rounded, we saw the same but different, mountains. We were on our way to Death Valley when we saw the brindle in the mountains. 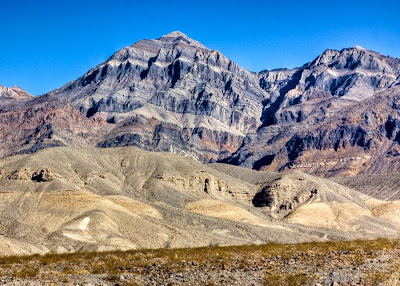 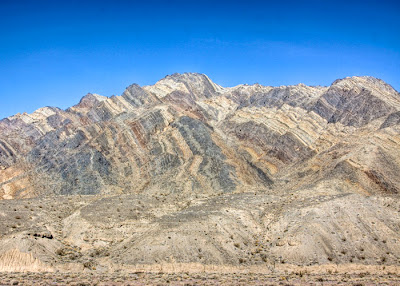 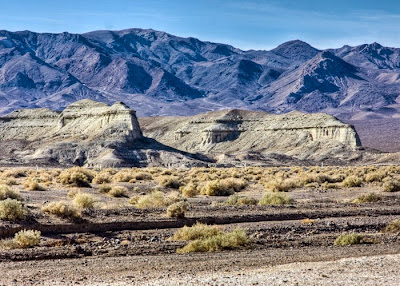 Sometimes the stripes were more subtle in the bluffs, 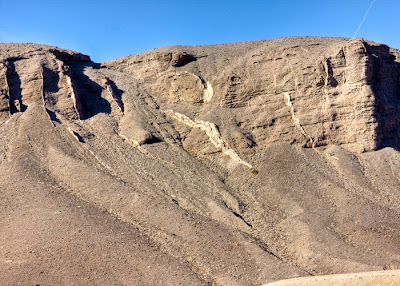 And sometimes they were wildly striking and random.
We saw plenty of brindle Flo, it was everywhere we looked.