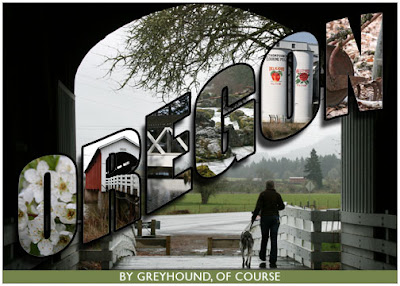 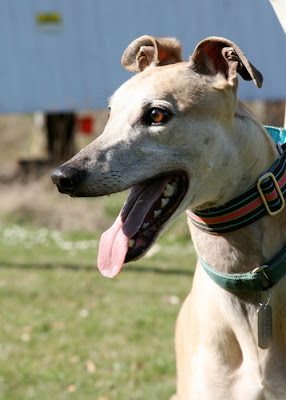 Still enthusiastic after riding in the car for a couple of hours, Moose looked forward to the Weddle Bridge. 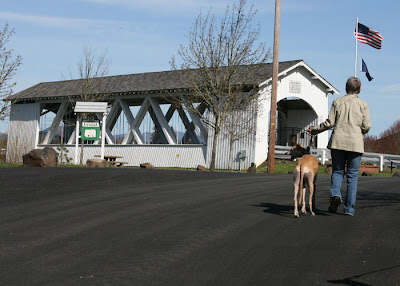 Originally spanning Thomas Creek, the bridge had become neglected when it was by-passed by a concrete span in 1980. 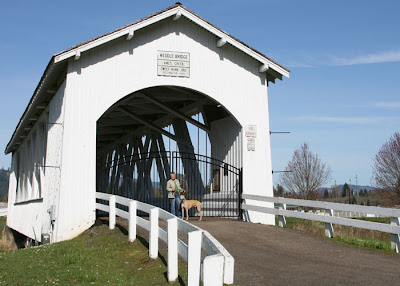 When the bridge was slated to be demolished, someone chained themselves to a bulldozer to save the bridge. In 1989 a group in Sweet Home formed to rebuild the bridge in Sankey park over the Ames Creek.
Sankey park was the original site for two logging mills. Adding the bridge was just another piece of restoration to the park. 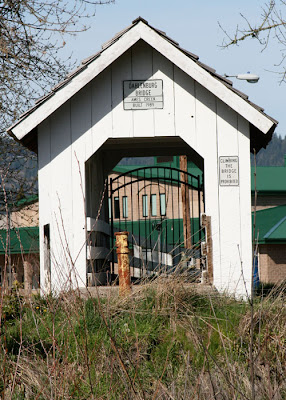 On the other side of Ames Creek is a smaller foot bridge over the dam the creek now by-passes. It was built in 1989 by the high school building trades class. 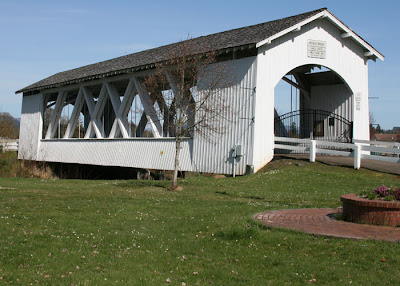 Sadly, both bridges were gated and Moose was not able to walk across either of them. The Weddle Bridge was still incredibly beautiful, and worth the visit to Sweet Home.