One week ago, I was basking in 80° weather. I was sipping my umbrella drink through a straw, enjoying the warm Florida sand. I thought I had one-up on my kennel buddies, I, Cinderella, was on my way to paradise, to Greyhound Gardens.

Nobody prepared me for my first five days in parad-ice. 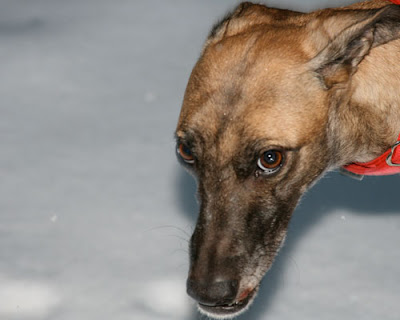 Remember the clock from Tuesday? Somewhere below 20°? Well, take a look at today’s weather. We’re having a heatwave, it is officially somewhere below 30°. I’ll report on the heatwave due tomorrow. 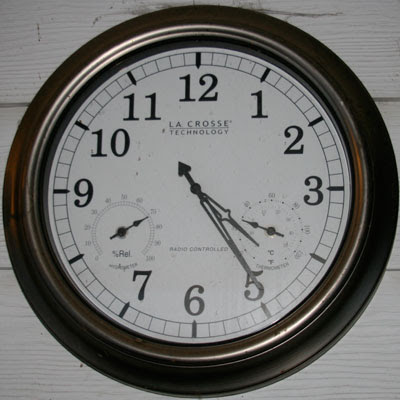 It’s insane here. We are still expected to make our daily five trips out to parad-ice. Unbelievable.

So I took a poll amongst the other greyhounds here. Four out of five hounds are pretty sure they can hold it until April. Of course, that is assuming that monsoon season doesn’t float us off to the Pacific. 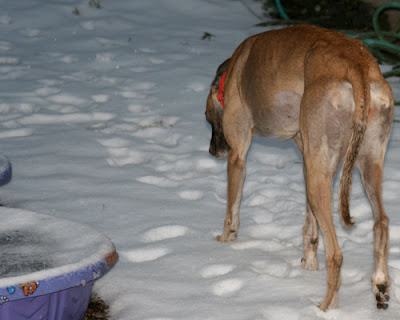 Here is an example of the one outta five that isn’t afraid to trot off to the ice fields. This is Roxy. She isn’t running ’cause it’s fun. She just wants to get business taken care of and back into a nice warm cushion. 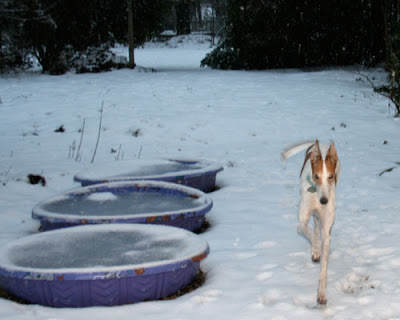 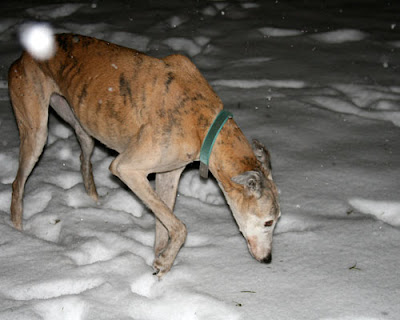 This is Maddie, she’ll be 13 next month. 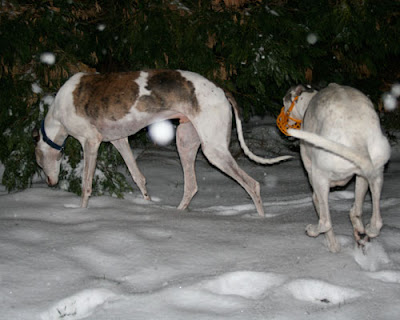 And this is Pasha. He’ll be 13 in April. The cold doesn’t seem to phase these guys. As for me. I can hold it until April. This Rover Reporter for the Greyhound Gazette will post the remaining of my reports from the comforts of my cushion.